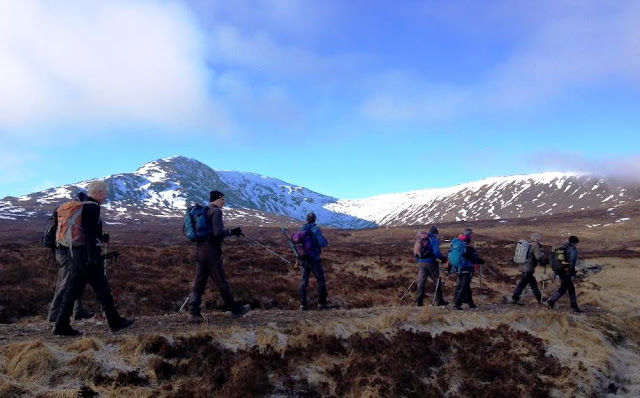 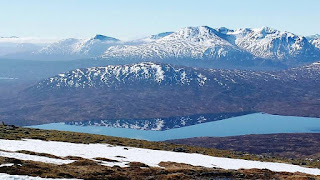 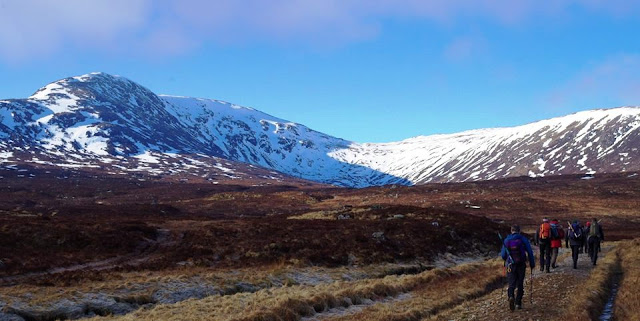 On 19 March 2016 I became the first person to complete the British Marilyn hills on the mainland. Four others beat me to it by completing on the same 'hill' Stac Lee, St Kilda in October 2014 and 2015. I decided to buck the trend by making my final Marilyn the splendid Leum Uilleim (906m P496) in the midst of Rannoch Moor. However, I did not buck the trend of English men completing the list. Scotland may have the majority of the hills, however it certainly does not have the majority of the baggers, yet.

To get to the start of the walk it was necessary to catch the early morning train to Corrour station - and there was a time constraint as no-one wanted to miss the afternoon train out. The majority of the people caught the train at Roy Bridge. There was much speculation as to whether the guard would be able to collect all the fares within the short train journey - I think he did. 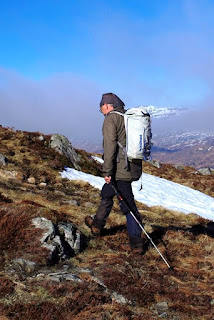 As I had correctly predicted, many weeks previously, the weather was perfect. Almost clear skies, little wind and just enough snow on the ground to make the all-round views a true spectacle and the descent interesting. The going was so easy that we had time to bag the two nearby Simms with plenty of time to spare. 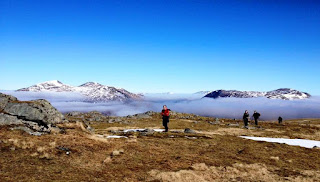 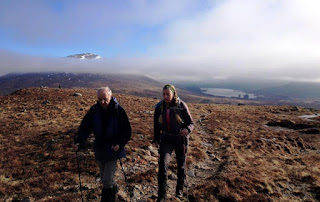 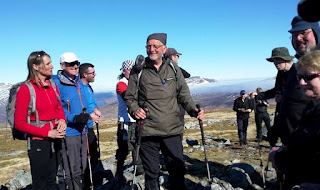 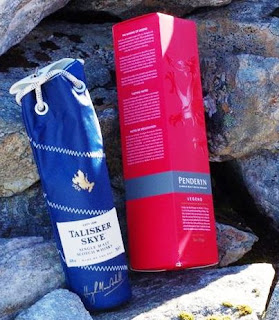 To add to the celebrations on the summit I brought two large cakes made by my ex-wife, Sue and two bottles of malt whisky. Because the Marilyn list covers the whole of Britain I decided to include a bottle of the Welsh malt whisky, Penderyn, as well the bottle of Talisker Storm. 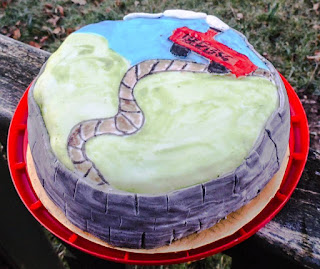 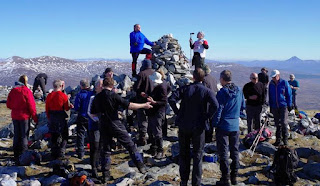 In the evening we further celebrated with a meal at the Stronlossit Inn, Roy Bridge.
I chose Leum Uilleim partly because, believe it or not, it was the most accessible Marilyn I had left to do. However, it was partly because of the Trainspotting connection. When asked why the book/film was called Trainspotting, Irvine Welsh said that trainspotting makes no sense to non-participants. Likewise, the same applies to heroin addiction: to non-addicts the act seems completely pointless whereas, to someone hooked on heroin, it makes absolute sense. Fits hill-bagging for me.
Most of the photos in the blog posting were taken by other people. If they object to me using their pictures, tough :-)